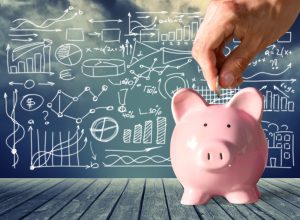 Valued customer or just a piggy bank? Successful interdepartmental partnering will keep your customers coming back.  However, lousy interdepartmental partnering will send them running. In order to transcend beyond just customer service to develop truly satisfied and loyal customers, everyone must work together. In your organization, a particular department or a single person in a department can devastate your hard earned customer loyalty efforts.

On a recent Saturday morning, I took my Chrysler to the local dealer for an oil change and tire rotation. While sitting in the waiting room with a good book, the service advisor came in and sat next to me—nice touch. He started his add-on sales presentation talking to me about a particular factory installed tire that might have problems. I mentioned that that was the kind of tires on my car. He moved into explaining to my why I should pay an extra $150 to have my tires re-balanced and an alignment. “The car only has 16,000 miles—I don’t think so,” I stated. He wasn’t happy. Then he moved off that to a new air filter for $30. I told him to go ahead with the air filter as we had the bad fires in Malibu , CA six months back.

When I went to the cashier to pay my bill it was about 40% higher than I expected. So I inquired. She wasn’t sure but mentioned an oil pan bolt for four bucks and change. “What,” I said, “the car only has 16,000 miles on it. Why would I need a new bolt?” Then she also noticed that the coupon (that the dealership sent me) had not been applied to my bill. She deducted the coupon amount but had to call the service advisor about the four buck bolt.

The service advisor arrived and stated that the bolt must have been stripped. I replied with, “The car only has 16,000 miles and this dealership is the only one that has touched the car. Why in the world would the bolt be stripped?” He angrily stated that he wasn’t going to argue about a four dollar bolt and told the cashier to take it off my bill.

Who likes to feel that someone has taken advantage of them? Nobody! I had told the service advisor when I brought the car in that I didn’t want to be charged again for two cans of brake dust remover at twelve bucks plus change. He agreed that it was an inappropriate charge, but here we are again with another ridiculous charge ($4 bolt) added to my bill putting but both the service advisor, and myself in an uncomfortable situation. Who caused it? Perhaps the mechanic either damaged the bolt or just needed to add on a couple buck to my bill. Perhaps the service advisor did not take heed to my request not to add “extra” charges to my bill? Either way, I left the dealership feeling uncomfortable having to be a “whiner” in demanding that they not treat me so poorly. That interaction has damaged my relationship with the dealership—all for a $4 bolt—not the money but the principal of the situation.

Are your departments working together to keep this type of situation from damaging customer loyalty relationships that you’ve worked so hard to develop? The above situation is quite common at today’s automotive dealerships, the little add-ons that they hope customers will ignore. But what about in your organization, are various departments either protecting themselves or trying to boost their ledger at the needless expense of customers? These little things are the kinds of activities that send your customers to the competition—and you’ll rarely ever know why.