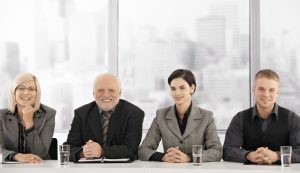 Caution on Conventional Wisdom about Millennials

Is your conventional Wisdom about Millennials accurate? Just as bald white male baby boomers are not all the same—neither are millennials. One would be wise in considering this in member recruitment and retention. To paint such a broad-brush stroke is to leave many behind. While everyone, every generation, every color wants value from their membership—not all are viewing your membership organization from the same kaleidoscope of value.

For several years now I have been reading the endless fountain of articles on understanding Generation Y. These articles talk about millennials growing up with hovering (helicopter) parents and being immersed in technology. They want among other things:

Well now, who wouldn’t the above? Let’s face it, all generations (painting with my broad brush) desire the above—but do they?

First up, I have two millennial sons and I’ll categorically state that the above is not their job or association shopping list. Sure each might desire some of the above and yet each has different perspectives and desires. Heck, two millennial men from the same household do not agree on all of the above. With that, how in the world can the “generational gurus” state “millennials want X, Y and Z”?

In raising our Y Generation sons, my wife and I relied on authoritative help in “understanding age-appropriate behavior” which was also a broad-brush perspective. The assumption was that the child was being raised in a nurturing North American home. For the first year or two, the information was helpful but after that “child’s personality and parenteral influence” had a greater influence on behavior thereby leaving the authoritative help—less helpful.

Generation Y, perhaps more than the generations that were before, have had easy opportunity to learn from far more resources that that of traditional education. As such, some embraced the opportunities and others did not. Some became aware without education, some unaware with education and some aware and educated. Each of the three paradigms delivers different perspective to the workforce. Add to that geographical, gender, athletics and other various endeavors and you have quite a diverse generation. To state that “millennials want X, Y or Z” is to speak from a lack of knowledge and understanding. Humans are individuals.

Regardless of whether you are hiring a millennial to work at your association or attempting to influence them to join your organization the core truth is this—not everybody is the same and to paint people with a broad-brush is to make erroneous assumptions. Value means different things to different people. Keep this in mind as you make the decisions that will affect your association, its staff and members.

The key to safeguarding your organization’s future…is to research, embrace, and maximize…your member ROI. 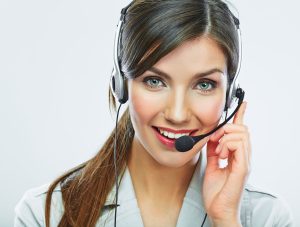 Motivating your employees in these times of conflict and uncertainty requires showing acceptance of each as fully functioning, rather than apprentice human beings is a necessary element in employee motivation. The Western Electric Company, Hawthorne Works, Chicago in a study (late 1920s and early 1930s) reported by Harvard (Mayo & Roethlisberger), detailed that American workers did not leave their personal concerns at home but rather, brought their problems to work. It was also discovered that employees became much more productive when they had some say or control over the issues at work that affected them. While these discoveries were monumental, the information was ignored in American business for decades.

Show acceptance of your employees through validation. Since the time you were a child you have been in search of things that made you feel good about yourself. As far back as you can remember you have wanted to feel good about yourself, your efforts, and also several other areas including your work. Are you different? Absolutely not, we’re all in this together.

As a professional speaker, I receive my validation through my audience every time I present a keynote or seminar. As a writer I find validation much more elusive. This phenomenon is experienced by 99% of the people in this country who work for another. Why is feeling good about oneself so important? I believe it is a self worth issue. While I’m not completely sure, what I do know is that the need is real.

Visualize for a moment the worst boss for whom you’ve ever worked. Let the negative feelings, the venom flow throughout your body. Even if this person maybe, possibly believed he or she was a decent human being, your only reality about this person is the current conversation and emotion you are having with yourself about him or her. What is your reality?

The sword has two sides. What might your employees be saying about you if asked the same question? What a thought! What is their conversation (off the work site) about you?

Most of us want to feel good about the way we treat others. While there are some exceptions, your efforts can be easily derailed. Are you letting your efforts to partner with the persons in whom you come in contact, become victim of oversight? Has the Door Ding Fairy ever visited you? You know what I’m talking about. You get a new car. The first time you drive it to the store and forget to park in the north 40, smash, you have a door ding. And nobody knows how it got here. Your employees can do the same thing to your business, consciously or subconsciously, if you treat them poorly.

Business success comes with a price, the price can be that of self-learning and improvement or the price of continual turnover, a turnstile of employees. So how can you validate and what type of validation is best? The following section on recognition will give you some answers. An important consideration to keep in mind is that different personalities prefer validation in different ways. A relationship personality person wants validation in making the workplace better for all. For a person with an expressive personality they want validation of themselves, the person they choose to be. A directive or controlling personality wants validation on their effectiveness in the workplace. And last, a perfectionist or analytical wants validation for their effectiveness in processes. Motivating your employees through your efforts to help your employees by understanding what makes them tick, also help them to understand the meaning of doing the best job possible.

In an OfficeSystems magazine it was reported what GenXers want. Who are GenXers? They are the children of baby boomers, born between 1967 and 1977 and they have been entering the workforce in increasing numbers. Some have been working full-time for a decade so employers should know a bit about them. Unfortunately, companies have been slow in making organizational changes to better utilize the skills of this talented generation. Often, managers try unsuccessfully to bend the GenXers into their own image and ways. It hasn’t worked too well for motivating your employees.

While not all are the same, the following list is a general indication of what creates value in the lives of GenXers:

Training for another job.

Few rules and plenty of freedom.

The latest tools (hardware and software).

GenXers, Boomers and Traditionalists (also called Matures), were raised and synthesized at different chronological times and as such, see the world from different windows. In a mid-1990s Yankelovich Report, Rocking the Ages, they reported typical memories for the different generations.

Motivating Your Employees, Matures (Born before 1945)

Sex on your honeymoon

Do bees and don’t bees

Sex in the backseat

Sex on the Internet

Care about others…but me more generation

I’ll get to work when I get there

Motivating your employees across the generations can prove to be tricky. Creating programs, policies and incentives that embrace the similarities and differences of these groups can make for high-level productivity and ageless motivation. Bruce Tulgan, in his book, Managing Generation X, states, “You need to give GenXers the rewards that they really want. The perfect rewards can be enabling them to learn new skills or giving them more responsibilities. They want to know that their hard work is valued and that their accomplishments are recognized. Even if it’s as simple as the manager buying pizza when they work late or giving them a couple of tickets to a show”

As reported in the Los Angeles Times, the National Study of Changing Workforce, released in April 1998, by the Families and Work Institute put a common myth about GenXers to bed. The study was compiled from interviews with 2,877 employees over the age of 18. The study found that “contrary to the portrayal of Generation X . . . Young workers today are not a group of slackers. They work substantially longer hours on average and find their jobs more demanding than young workers 20 years ago did.”

Motivating your employees–what does all this mean to you? Simply put—help all your employees to feel welcome (regardless of decorative face hardware) and needed. Let them have some say about how they do their jobs and give them an occasional pat-on-the-back. Do these simple things and get out of their way—they’ll make you proud—and most likely rich.