If you are an organizational leader, and have been for any length of time, when the word contrarian comes up you see a particular person(s) in your mind’s eye. The words mal-content, disruptive, and pain-in-the-neck come to mind. But stop, I’d like to take a shot at changing your perception.

Admittedly, I am a Contrarian, with a capital “C” and quite frankly, am proud of it. Does that mean I embody all the above negative words associated with contrarians? Perhaps this is true to a few, but hopefully not to the masses. Contrarians simply see things differently and generally have the courage to buck the system—but rarely the patience to work within the (egregiously slow) system to make change.

Non-profit governance is generally a hybrid of paid and volunteer leaders. The paid leaders generally have a more bureaucratic mindset while the volunteer leaders frequently tend to be entrepreneurial. While this is an over simplification, I generally find it to be true. The two mindsets create healthy tension and generally guide the organization well. 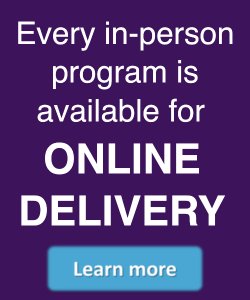 The problem is when the volunteers and the paid leaders both have bureaucratic mindsets; they tend to fear growth, improvement, or change—preferring the status quo. Also, when leaders are not confident in their ability to lead due to newness of tenure, knowledge, or skills—saying no to everything is much safer that saying maybe, let alone yes.

In order to successfully work with contrarians, one must first understand their mindset. These people sometimes disrupt simply for the sake of disruption but more often than not, it is to drive positive change and growth. This modality sees very different patterns, holes in your organization’s member value proposition, and is in a hurry for improvement. People that see the world contrary to the conventional are generally burning to make a difference and rarely are included in governing bodies because they are seen as too difficult.

When you as a leader take the time to get into the heads of contrarian members and see their perspective without the protectionism filters, you will discover an amazing world of new value propositions for your organization. Will it be easy—not on your life? This is because leaders that are in protectionism mode only see threats, bullying, and coercion as opposed to opportunity, innovation, and improvement.

I recently had an amazing experience, the opportunity to present as the voice of contrarianism at the annual convention of ASAE and The Center for Association Leadership. I did this along with an association CEO (executive director) as the voice for organizational principle. What made it special is that we lectured on our actual partnership failures and successes spanning a decade and a half—and positively looking toward the future.

Feeling somewhat disenfranchised as a 10+ year member, I started a party group (Cigar PEG) years ago at the annual convention of the National Speakers Association (NSA)—which apparently was against the rules. At the time our executive director was very new in his job, and admittedly not overly confident. And to make things worse, the past, present, and future volunteer leadership was steeped in ultra-conservative protectionism—all except that particular year’s volunteer president. However, only one open-minded person was not enough to affect the tidal wave of fear.

Over the years the NSA executive director (later re-titled CEO) started realizing that my party group, that oddly enough became an IRS recognized 501(c)(3) non-profit public charity, was truly delivering high-level value to the organization by giving members one more reason to retain their membership and attend the annual convention. Consistently drawing 20% of the annual convention attendees to my party seemed to become more important over time. Eventually the leadership, paid and volunteer, realized that putting fewer roadblocks in front of the Cigar PEG paid off.

I believe the relationship turning point was when the leaders started truly listening to what the organization’s members were saying—we like the party and other activities around the Cigar PEG. Then the association started engaging; we developed and executed a partnership agreement that formalized relationship parameters. The utilization happened in many ways including the party and other events being listed along with other community groups in convention materials. Also the Cigar PEG became a default beta tester for the association—several activities tested and proven successful at the Cigar PEG became official NSA activities later. Oh, I almost forgot to mention the nearly $200,000 that, at the time of writing, the Cigar PEG had donated to the NSA Foundation’s Professional Speaker Benefit Fund—that helped also.

Had someone a decade ago foretold that the NSA CEO and the Cigar PEG co-founder would be co-presenting at the ASAE annual convention—everyone in NSA would have laughed hysterically, or found themselves in mortal fear.  However spokespersons for the establishment and contrarians came together to share with association executives—that there is hope, that they too could build relationship bridges with their contrarian, dissident, disenfranchised, and mal-content members. So can you!