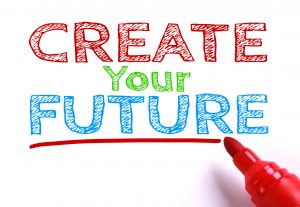 In business today, it seems that recently merged organizations are as commonplace as reorders. If a merger has not affected you, I’d be surprised. With the blending of two cultures, generally come challenges and opportunities. To better focus on the opportunities, and not the challenges, follow the recommended process below.

1. Decide Synergistic Expectations. Be clear on what you are looking to have happen, resulting from the recently merged organizations. Top on many lists is economies of scale that generally result is cost savings.

3. Inventory the Core Competencies from Each Company. When products and services from each differ, but serve a similar market that’s synergy. Yet, when products are similar but have different markets, which also can mean synergy. Have a strategic plan about how economies of scale will be achieved, through sales, through purchasing, or hopefully, both for recently merged organizations.

4. Inventory the Cultures and Policies of each Company. Varying levels of formality can prove to be an Achilles heel if not addressed. Also, words used by both recently merged organizations may have taken on different meanings. Each organization must give a little in the area of policy. Don’t be married to the past and, the “This is how we’ve always done it.” With DalmerChrysler, the German’s beer breaks have been interesting for the Americans to accept. While the Germans have difficulty with the casual atmosphere of the Americans. Look at where Chrysler is today…

5. Decide where Circles of Interest, Expectations and Inventories from above overlap, and where they do not. The more the circles of interest from each faction overlap, the more reason each has to make the marriage work. This was a problem with the failed merger of Price/Costco in the mid-nineties.

6. Uncover Expected Roadblocks to the Blending Process Before you merge. As with Price/Costco, today simply known as Costco, it was the ancillary issues of office buildings and mall development that they couldn’t on that kept their focus off the core competencies and developing synergistic economies of scale. As you might guess, there are several areas of potential roadblocks for recently merged organizations to deliver success. The not-invented-here mentality is common.

7. Publish the above Findings for all Employees of both Companies. Otherwise they will fill-in the blanks for themselves, usually with erroneous information. Factual merger information will go a long way to sooth fears and help all concerned understand the strategic plan and all the challenged in its implementation.

8. Help everybody, from Entry-Level employees to the Executive Suite to have an Emotional Ownership in the Success of the recently Merged Organization. Developing how-to road maps will go a long way in helping both recently merged organizations with the change. Make the first official day of the newly merged organization a celebration. DalmerChrysler did this, calling it “Day One.” They had a celebration and gave all their over 400,000 employees a merger “kit” and Swatch watch bearing the new company name.

Sure, it is much work, and it takes more than the above eight steps, opportunities abound. For those who are willing to be flexible and open to possibilities, being part of a newly merged organization can be the opportunity of a lifetime.