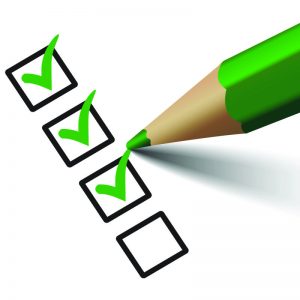 Culture Shift to effectiveness. You, the retail business owner or company executive, determine the culture of your company. At Mitsubishi Motor Sales, the executive team really understands that it’s up to t

hem to lead the charge that being the optimal partner is critical to partnering success. They know that without the executive suite beating the partnering drum, very little happens. It wasn’t always that way. Most of the executive team came from the American automotive industry and they thought they were going to build a different kind of company. Dan McNamara, senior vice president of corporate administration at Mitsubishi Motor Sales related their story to me. Seven or eight years into it, as the organization was maturing, the executives looked around and realized they hadn’t developed a partnering situation. They had built the antithesis of what they had planned–company politics and back stabbing–they had a sickness within.

Lucky enough, they realized they had a problem. The company was young and the culture flexible–they believed change was possible. After several flawed attempts to change, using popular management quick fixes and learning buzzwords, Richard (Dick) Recchia, executive vice president, general operations and COO, went off for an afternoon to develop a new mission statement. The statement was published, distributed, and not followed. They then realized that gimmicks were not going to work.

Later, they started to talk about values and realizing, with the assistance of outside consultants, that people’s behavior is grounded in their underlying values. This led them to a model for ranking values, both individual, and collectively. They found that the key was to identify those values and align those values with the kind of company they wanted to be. As the management team started understanding their own individual values, they were surprised at how similar their values were collectively. The executives realized that they each were not alone in putting high value on family and personal life.

Culture Shift to a Visioning Process

From this foundation, they stared a visioning process–Recchia went off to a hotel room, with a consultant, to articulate his vision for the company on paper. Next, the executive team went on a two and one-half day retreat, focusing on only three issues:

The result of the retreat was an expanded vision for the company–not one that Recchia had to “sell” to his executive team, but one expanded by the team, in which they had ownership. The next step was to share this vision with the next level of management, about 30 people. Again, getting this level of management’s personal ownership in the vision through their additional input. Then appointed these 30 plus managers to carry the vision throughout the company.

McNamara recalled, “We made a mistake!” As the managers were carrying the message throughout the ranks, the executive team, rather than pushing ahead and further working in the new vision, moved on to other challenges and assumed their managers could make the cultural change alone. The change they wanted wasn’t possible because the employees did not experience the executives changing their behavior and pushing for the new culture. McNamara told me they lost about a year.

Culture Shift with a Re-Start

Learning from their misfortunes, the executive team started again with the process, taking charge and showing the employees by example that they meant, and would live by what they professed.  Following this enlightened genesis, the executives set out to change departmental policies that were not in alignment with the vision. As an example, human resources had been reviewing employees, giving them a numerical grade, like in school. Eventually, the review process was changed to a “Values Initiate Performance” (VIP), where numbers were replaced by a value-based system that was “individual driven,” focusing on their growth and not holding them accountable for a corporate “guesstimate.” The value Mitsubishi has received as a result of their change:

The Mitsubishi executive team believed that they could build a better company, one in which partnering was part of their culture. Once they were clear on their vision and allowed it to be expanded by others, things happened. They didn’t sell the vision but allowed others to have ownership by expanding and adding to the primary vision.

After many false starts, the executives became optimal partners by not charging others with executing the company’s vision, but by leading the charge and living what they professed. The lessons Mitsubishi learned are universal truths that any retail business owner, executive, or executive team must embrace to successfully partner with their employees. If Mitsubishi can do it, so can you!