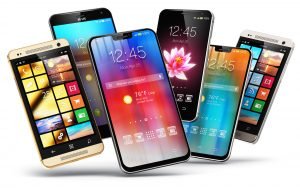 If your employee is punching in a telephone number or raising their cell phone to their ear while driving, you might be liable.  A growing number of states in the USA and several foreign countries are making it a crime to use a cell phone while driving unless one’s cell phone operates “hands free” or has a “hands free” device.

On July 1, 2008 law enforcement officers in two more states, Washington and California, begin writing citations to drivers who do not comply with the “hands free” cell phone law that became effective on that day. In California, a ticket now costs a driver that violates the law $25 for the first offense and $50 for each violation thereafter. Drivers that are minors are prohibited entirely from using a cell phone or a “mobile device” while driving. What is your company’s current, and written, policy on cell phone use while driving on the job?

If you travel outside of the United States, you will recognize a similar pattern. Twenty-five foreign countries have laws that restrict or completely ban the use of hand-held cell phones while driving. Australia, Austria, Britain, Brazil, Chili, Denmark, Germany, Greece, Israel, Ireland, Italy, Japan, Norway, Poland, Portugal, Philippines, Romania, Singapore, Slovenia, South Africa, Spain, Sweden,Switzerland, Taiwan, and Turkey have taken action to restrict the use of cell phones in cars.

If your state or country does not restrict using a cell phone in cars, you can anticipate that soon they will.

The trend across civilized society is to consider hand-held cell phone use a driver distraction and a contributing cause of many accidents.Many states that have not enacted a “hands free” cell phone law have been gathering collision data where cell phone use was involved. It is a reasonable that law makers will use this accumulated data to sell the need for a restriction or ban of hand-held cell phones in cars. Some states have declined to enact a restrictive use law, but have defined the use of cell phones in cars as a “careless driving”[1] or defined the use of a cell phone while driving within the definition of “distraction.”[2]

Technological advances improve our productivity and connectedness.  Drivers across the United States redeem some of their driving time each day by staying connected with parents, children, and friends during their commute. Many also conduct business by telephone during these long commute or travel times. In decades past, you would have to pull over to the side of the highway when you found a telephone booth or a pay telephone. This may return as the preferred way to stay connected in route, particularly for driving minors. Technology may give us advantages, but they sometimes bring unexpected changes in our lifestyle. The law all over the world is responding to the increased number of accidents that involve drivers being distracting on a cell phone. The law is merely catching up to the new risk introduced by new technology that has been embraced and exploited by all of us.

The protection of these new safety laws also creates new risks for you, the businesses owners and leaders in the United States and elsewhere.  In most areas of the United States , if an employee violates a safety law while involved in a car accident on the job, they and their employer may be held negligent, even if they are otherwise driving well. Generally the concept is referred to as negligence per se. Lawyers use the principle of negligence per se as a shortcut to establish liability in law suits to win damages for people injured in accidents. The new wave of cell phone laws are safety laws designed to eliminate distractions and prevent accidents. Depending on the extent of the injuries, this financial risk to an employer could be very substantial. If the cited employee driver has violated the cell phone law before, significant punitive damages could be assessed against the employer. Negligence per se as a principle will be used more frequently in personal injury cases when a driver was using a cell phone.

As an employer, you should adopt a written policy and/or amend their employee handbook to require strict compliance by their employees with the “hands free” cell phone law that is adopted by their country, state, county or township, or city by all employees. Many businesses may instruct their employees not to use cell phones while driving and to let incoming calls go to voicemail to be returned outside of the car in a safe area. If your business issues cell phones to its employees, or necessarily requires the use of a cell phone by its employees, make sure that the cell phones can be used “hands free.” Note that a cell phone that has a speaker phone function will not necessarily comply with the law.  Employers who hire employees under age 18 should prohibit their use of a cell phone in a car. The policy should be acknowledged by employees in writing and enforced by the company. An attorney can help your business assess the specific risk to it and how to protect against that risk with an appropriate policy and implemented management practice.  We have developed a policy and are helping many businesses protect against this new risk from this new safety law. Adjusting to these developments not only will allow you drive more safely on the highways, but to continue with your business efforts – in both cases, undistracted.

My Relationship — Am I Paying Attention or Off the Mark? (509 words)